“Even President Abraham Lincoln—who advertised his legal services as a lawyer in newspapers in the early 1850s—would run afoul of the state’s rules.” 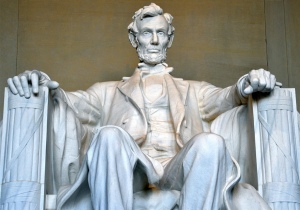 The complaint was filed after the Florida Board objected to all versions of the law firm’s website, blog and LinkedIn pages that the partners had submitted to the Florida Bar for an advisory opinion. The law firm filed suit in December 2013, after the Florida Bar determined that the firm’s websites violate the rules, due in part to statements that violate the “objectively verifiable” requirement for attorney advertising subjective descriptions of the firm’s services, including a statement by a former client that the firm “is the best law firm anyone can ask for,” another stating that the firm has a “record of significant success for thousands of clients,” and another declaring that the days “when we could trust big corporations … are over.”

The plaintiff law firm claims that the amendments to the state’s advertising rules, as amended in 2013, infringe not only on free speech rights of lawyers but also on consumers’ right to get information and ideas from attorneys, making it “effectively impossible for Florida lawyers to write blogs, to publish their results in past cases, or to participate in social media sites like LinkedIn, without evidence that restricting these activities serves any purpose.”

In In re Amendments to the Rules Regulating the Florida Bar, the Florida Supreme Court’s approval of the amended rules at issue had, too, been met with some dissent. Justice Charles T. Canady expressed concern regarding “the impact of the application of the advertising rules to lawyer websites.” Justice Barbara J. Pariente also expressed reservations, contending that she would “exempt websites and information upon request from advertising restrictions,” because a “lawyer or law firm’s use of a website allows for the conveyance of complete and meaningful information to potential clients, unlike the shorthand versions seen in the other media.”

Florida Bar Rule 4-7.13 provides that “deceptive or inherently misleading advertisements include, but are not limited to, advertisements that contain … references to past results unless such information is objectively verifiable.”

Orlando-based attorney Steve Mason, who in 2000 won a dispute with the Florida Bar over a Yellow Pages ad that reached the 11th U.S. Circuit Court of Appeals at Atlanta is quoted in the ABA Journal as stating “If the bar is correct, then any Internet communication by an attorney falls within the scope of the rules and, more important, exposes the lawyer to punishment based upon his or her viewpoint.”

As of December, the suit has survived a Bar motion to dismiss. The law firm seeks to have the enjoined from enforcing the rules, but the suit is still pending and the attorney advertising regulations remain in effect.

Just how far these restrictions go in restraining lawyers’ speech is yet to be determined. What is clear is that state bar rules regulating attorney advertising continue to undergo rapid changes across the country- making it increasingly vital for attorneys to not only keep up-to-date with new rules, but also to ensure that their websites, blogs, and social media sites are in compliance.

This is a personal blog. The opinions expressed here represent my own and not those of my employer or any other organization with which I am affiliated. Due to the nature of having an open mind, my thoughts and opinions change from time to time. This blog is intended to merely provide a record of projects I have taken part in. As such, any thoughts and opinions expressed within out-of-date posts may not the same, nor even similar, to those I may hold today.